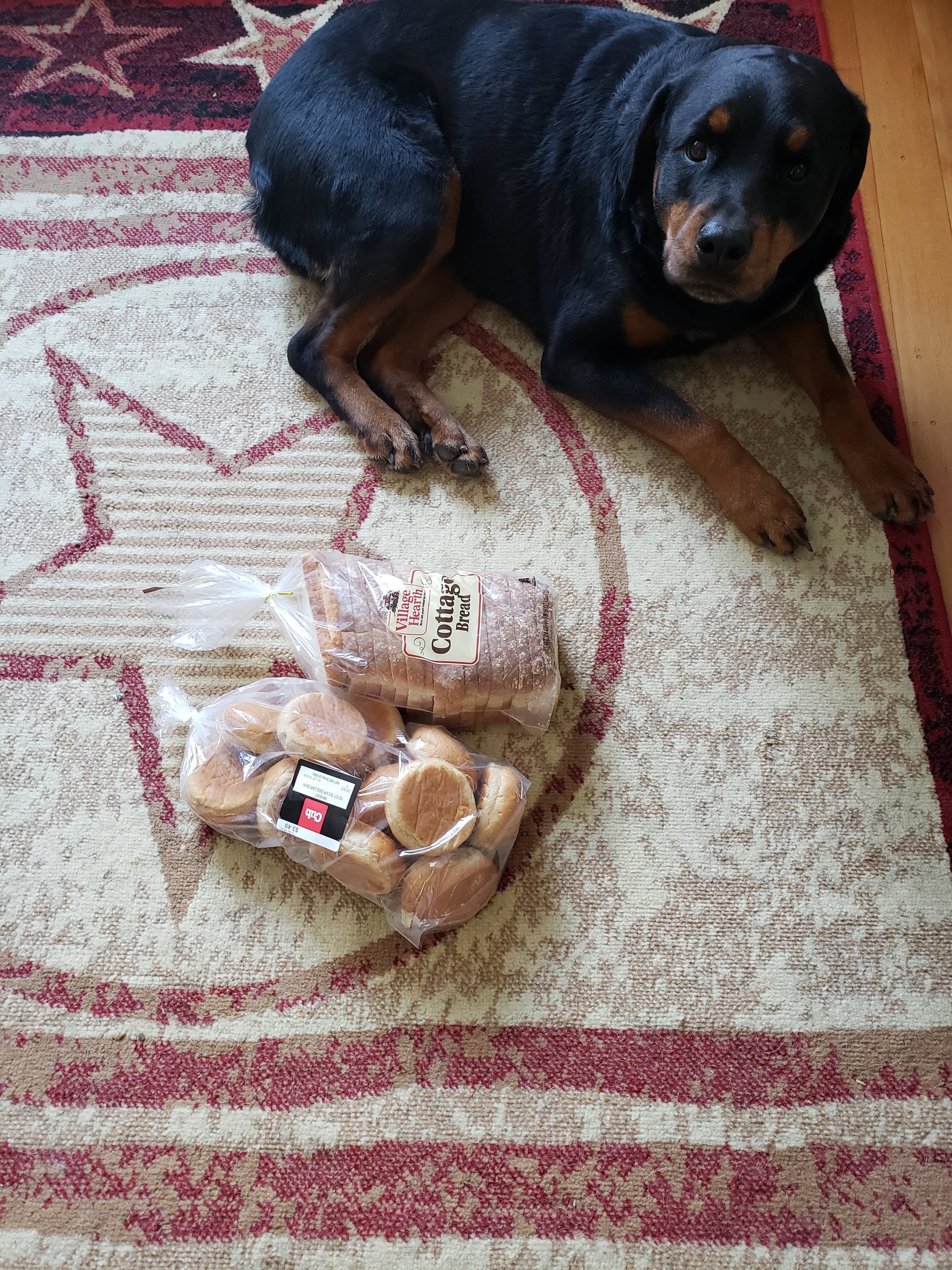 Four years ago, Katrina Frank noticed her dog, Jakey, had quite the peculiar habit: the German Rottweiler loved to stand guard of the family’s . . . sliced bread.

“I’d come home at night and find her laying by the bread,” Katrina told POPSUGAR. But whereas most dogs would tear through packaging to devour a loaf of bread, Jakey would be in full-on protective mode, keeping it safe for her owners.

“I’m assuming because we use it so often, she believes it is the most important thing in our house,” Katrina said.

“If we don’t have bread, she moves on to baked goods.”

Eventually, Katrina noticed that it didn’t matter where she stashed the family’s bread supplies — on the counter, in the pantry, tucked away in a breadbox — Jakey would find it and hide it whenever they left, and she still does to this day. Whenever they come home, Jakey “insists on showing me where it is immediately and will not leave it until I pick it up,” Katrina said.

And if their inventory is low?

“If we don’t have bread, she moves on to baked goods,” Katrina said, noting Jakey will guard buns. The 6-year-old dog even opened up a Tupperware of cookies and hid all 17 of them throughout the house. “She has also protected butter — both stick form and I Can’t Believe It’s Not Butter!”

Jakey’s track record for keeping bread safe is near-perfect, too.

“She has never ruined anything, minus a package of English muffins she once shredded,” Katrina recalled. “She did not eat any — just tore them to bits. I like to think she decided they were stale imposter bread bits.” 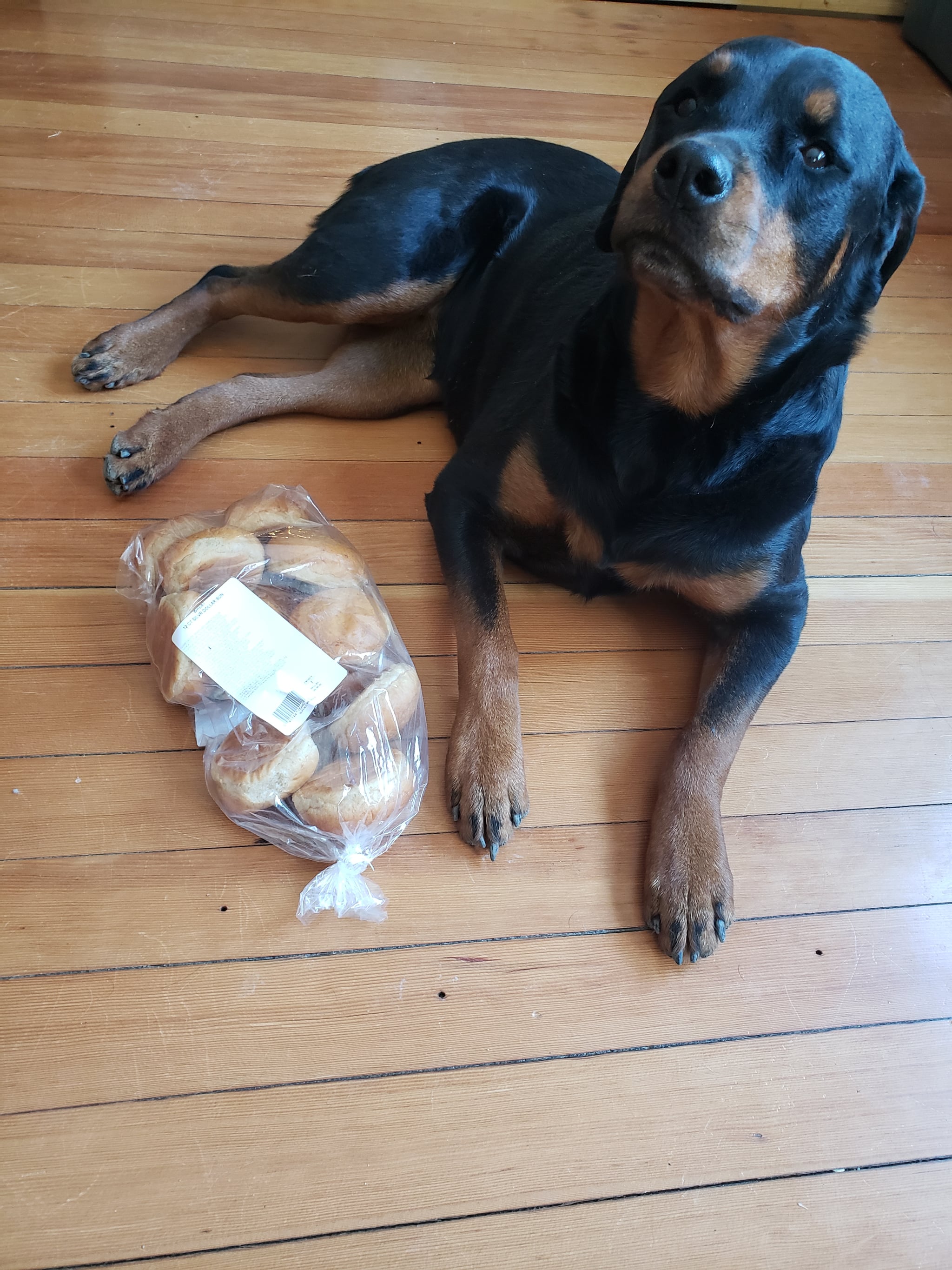 This was last night when I got home from work.
I was hoping it would make The Dodo story before it came out, but I was too late.
Apparently the entire main level of the house was not safe for carbs yesterday.

CycleBar Instructor on Being Black in the Fitness Industry

Video of a Dog Jumping the Into Bathtub With a Toddler

These Breed-Inspired Candles Are Perfect For Chic Dog Owners